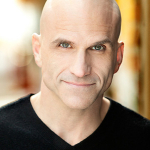 How to Take Criticism

1. My poor grammar
2. My spelling, which is worse than my grammar
3. My performances
4. My opinions
5. My looks
6. My clothes
7. My belief that we can actually come together to create a better world
8. And virtually everything else, from time to time.

I’m too this, too that, or something in between.

I even have a stalker (and not in a good way). One who trolls around the internet subscribing random people to my newsletter and pretending to be me in online communities. Oh, did I also mention that he makes threats against me? It’s bizarre and unnerving. I know the person (barely) from the days before I started writing books.

Sometimes it gets to me – not the stalker thing, but all of it.

All I’m trying to do is my best work and serve the people I’m meant to serve.

I’m not trying to be a billionaire or a big shot (well, maybe a little bit of a big shot). I’m just a regular guy who gets up every day with the intention of making other people feel better about themselves and their circumstances.

But, I must admit that I was comforted by something that my colleague Elizabeth sent me. It was an email message from someone she gave a free book to as the winner of a contest, a book written by one of my mentors and maybe the best known and respected marketing mind in the world. (No exaggeration.)

The recipient of the prize read the book and wrote the following to Elizabeth:

I was really disappointed. I think when an author writes a book, they should have a standard of saying something. The book went in circles, taught me nothing, and wasted my time. Please don’t entice me with something free that wastes my time. It reflects badly on your group. I am a big fan of self-help, improvement and willing to spend money to make money…

[This portion cut to protect the innocent.]

…This book appeared to me that the author was just trying to write something to make money and laugh all the way to the bank. After reading it, you could have knocked me over with a feather. I could not believe the audacity of someone to actually put their name and a picture of themselves on such a work. I have never read such a bad book, which is why I am writing this. It goes down as the worst book I have ever read.

I apologize if you know the author. If he is a friend, please consider speaking to him to have someone critique his work and stop doing what he is doing. By writing terrible books, it clutters the way for people that are genuinely trying to better their situation.

In my humble opinion, the person who wrote the book in question is not only a remarkable human being but – and I don’t throw this term around loosely – a real, honest to goodness genius (I even have trouble spelling the word ‘genius’).

Now, back to why I was comforted by this degrading note about someone I respect…

Because it reminded me that no one is immune to critics. And that you can’t be fully self-expressed without being criticized, whether for cause or not.

And, who gets to decide whether there is cause for criticism in the marketplace of ideas? The market. Your market. And if your ideas spread, then your ideas win.

Join an Elite Global Network of Coaches and Consultants

Become a Book Yourself Solid® Professional and deliver the proven business development framework directly to your clients.

All sales start with a simple conversation and are executed when a need is met and trust is assured. The Book Yourself Solid Sales Cycle...

We love to hear from you (we really mean that). Talking to the people we serve is the most important thing we can do all day. So get in touch with us via email or using the message box here, and we’ll be right with you.

Find awesome listings near you!